Caitlyn Jenner (previously Bruce Jenner) has taken the world by storm overnight, with the leak of her Vanity Fair cover and the tag line “Call Me Caitlyn.” She is turning heads worldwide for only the very best of reasons.

This is the first time Caitlyn has spoken out since starting her gender transition. She has compared these last few days shooting with famed Annie Lebovitz for Vanity Fair to winning GOLD for the decathlon at the 1976 Olympics.

“Bruce always had to tell a lie – he was always living that lie. Every day he always had a secret from morning until night – Caitlyn doesn’t have any secrets.”

For Caitlyn, this isn’t about the fanfare, the followers, a stadium cheering her name or the hype. It’s about her life and who she is as a person. On Keeping Up With The Kardashians, she admitted Bruce Jenner was lying on a deathbed. She felt she would have wasted her life if she had chosen to sweep her desire to transition under the carpet.

Like everyone, the path to becoming her true self has been long winding and full of obstacles. Jenner’s older children have already vocalised their support for their parent’s gender transition. They were not, however, supportive of the reality TV series E! offered in the wake of Caitlyn’s announcement. Understandably, they feared the headlines would be sensationalised, rather than become an opportunity for positive social change.

Jenner’s older children described Bruce Jenner as an insensitive father that had been absent for years at a time. This is something Jenner has also openly acknowledged. Her eldest son Burt said recently, “I have high hopes that Caitlyn is a better person than Bruce. I’m very much looking forward to that.”

The support for Caitlyn Jenner has gone viral. There are endless re-posts on Twitter, Facebook and Instagram. Infinite support has been shown from family, strangers, celebrities and what seems to be the entire world. #CallMeCaitlyn and #CaitlynJenner are trending hashtags globally.

Recently the President and CEO of GLAAD also stood behind Caitlyn, saying, “By sharing her journey with the world, Caitlyn Jenner is accelerating acceptance of transgender people everywhere and reminds us all how important it is to live as your most authentic self.”

Our society continues to maintain impossible and unrealistic standards of beauty. We are constantly told by the media was is “right” and what is “wrong”, what lifestyles we should judge and who we should hate. Nonetheless, it brings me some comfort that Caitlyn Jenner can transition into an elegant, attractive middle-aged woman in the midst of the public eye. This might not solve global warming or bring about world peace. But it does mean our society is beginning to understand that it is okay for people to be themselves. Caitlyn’s public transition has opened doors and minds. She has shown us that we can be different from the rigid boundaries society expects.

Here at AdultPress we support people of all shapes, beliefs, cultures and gender identities. In the wake of Caitlyn’s debut, here is a rough guide on transgender terminology and how to talk about the latest Jenner lady! Find more detailed information on the GLAAD website.

DO: use the descriptive word and gender pronoun preferred by the individual. A person might describe themselves as transgender. They may not. They may simply want you to refer to them as the gender they identify with i.e. he/she/male/female. They may not identify with either gender. In this case they may see themselves as ‘gender non-binary’ or ‘gender queer.’ In this case, you can sometimes use the word ‘they’.  Best to check with the individual. If that’s not possible, go with the gender pronoun they use when talking about themselves publicly.

DON’T: use the terms ‘transvestite,’ ‘tranny’, ‘she-male’, ‘he/she’, ‘it’. These terms are deeply offensive and imply that a transgender person is not human.

DO: use female pronouns (she, her) when referring to Caitlyn Jenner.

DON’T: use male pronouns, even when referring to Caitlyn Jenner’s past achievements or events.

DO: treat gender non-binary and transgender people with the same amount of respect you would any other person. 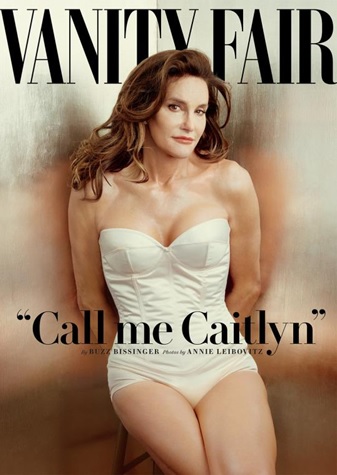 DON’T: be afraid to ask questions. Some (but not all) people will be open to answer questions relating to their identity and gender. Just be respectful and treat them like you would anyone else. You wouldn’t meet a woman in a bar and immediately ask her what her vagina looks like.

DO: make an effort to understand the difference between gender identity and sexuality.

DON’T: make the assumption that someone’s gender correlates to their sexuality or sexual preference. Transgender people can be gay, straight, bi-sexual, a-sexual and everything in between.

DO: be open minded and supportive. Caitlin Jenner announcing her transition is an opportunity for society to discuss gender issues in public and for the mainstream to realise that gender is not black and white. If you know someone that is struggling with their gender identity, lend your ears and let them know you support them. Whether they are male, female or somewhere in between, they are still your friend, colleague, acquaintance, family member or partner.

Caitlyn, we are so proud of you! You go girl!

“As soon as the Vanity Fair cover comes out, I’m free!”  – Caitlyn Jenner