Hailing from Britain, Carl Kennedy has travelled the globe, starting out his own party in New York “GBH” which stood for Great British House – which is exactly what this DJ-mogul does. CK has played alongside of Sweedish House Mafia, Axwell and Sebastian Ingrosso. This mans passion for good house music is only trumped by his huge fanbase. Don’t miss out on Carl Kennedy at Marquee Sydney Fri 13 December. 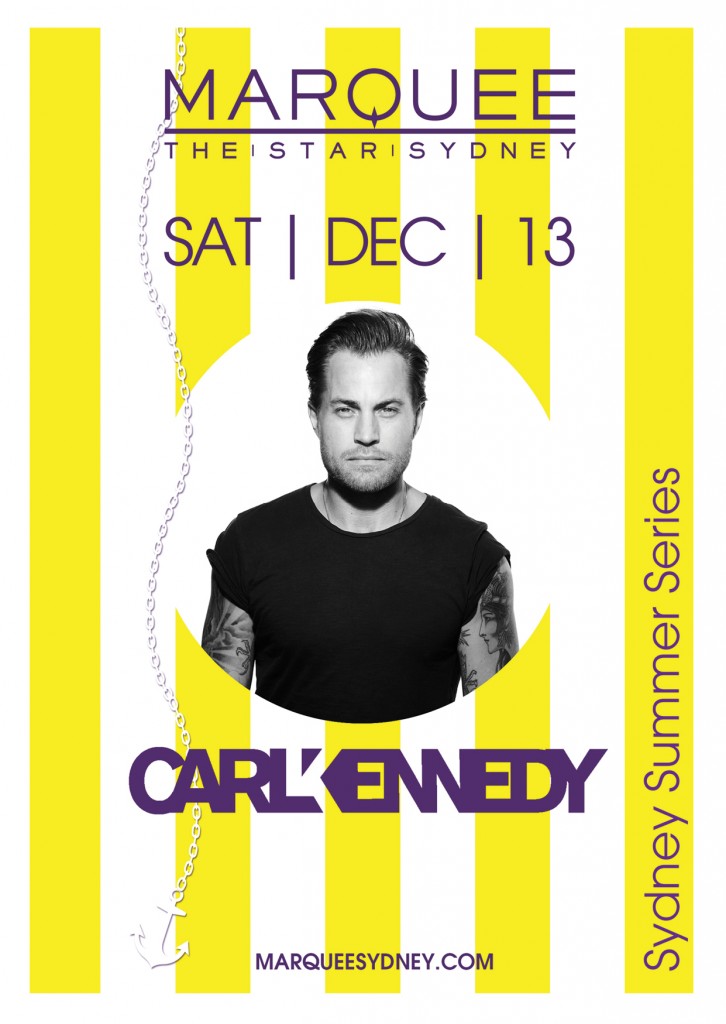